Amy Morell is a Board Member of the California DUI Lawyer's Association (CDLA), the oldest DUI Association in California and the United States. Ms. Morell has defended more than a thousand DUI cases, including conducting more than a thousand DMV (Department of Motor Vehicle) hearings. The CDLA was started by Attorney Eddie Kuwatch and continues to educate lawyers, judges and the public about DUI law.

Ms. Morell knows the judges and prosecutors in all of Northern California having appeared in court more than a thousand times. She is knowledgeable of local rules and procedures of DUI cases in all surrounding counties.

Ms. Morell started her law career as a prosecutor or Deputy District Attorney. As a prosecutor, she primarily prosecuted those charged with DUI. Therefore, she knows what prosecutors are looking for and thinking - having been one herself. As a Defense Attorney solely defending DUI cases for over 12 years, she knows the arguments to make to get the best possible outcome in your case, including dismissals and reduction of charges. You deserve an attorney that specializes in DUI defense. 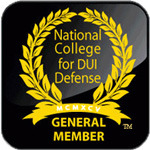